A House for a Mouse 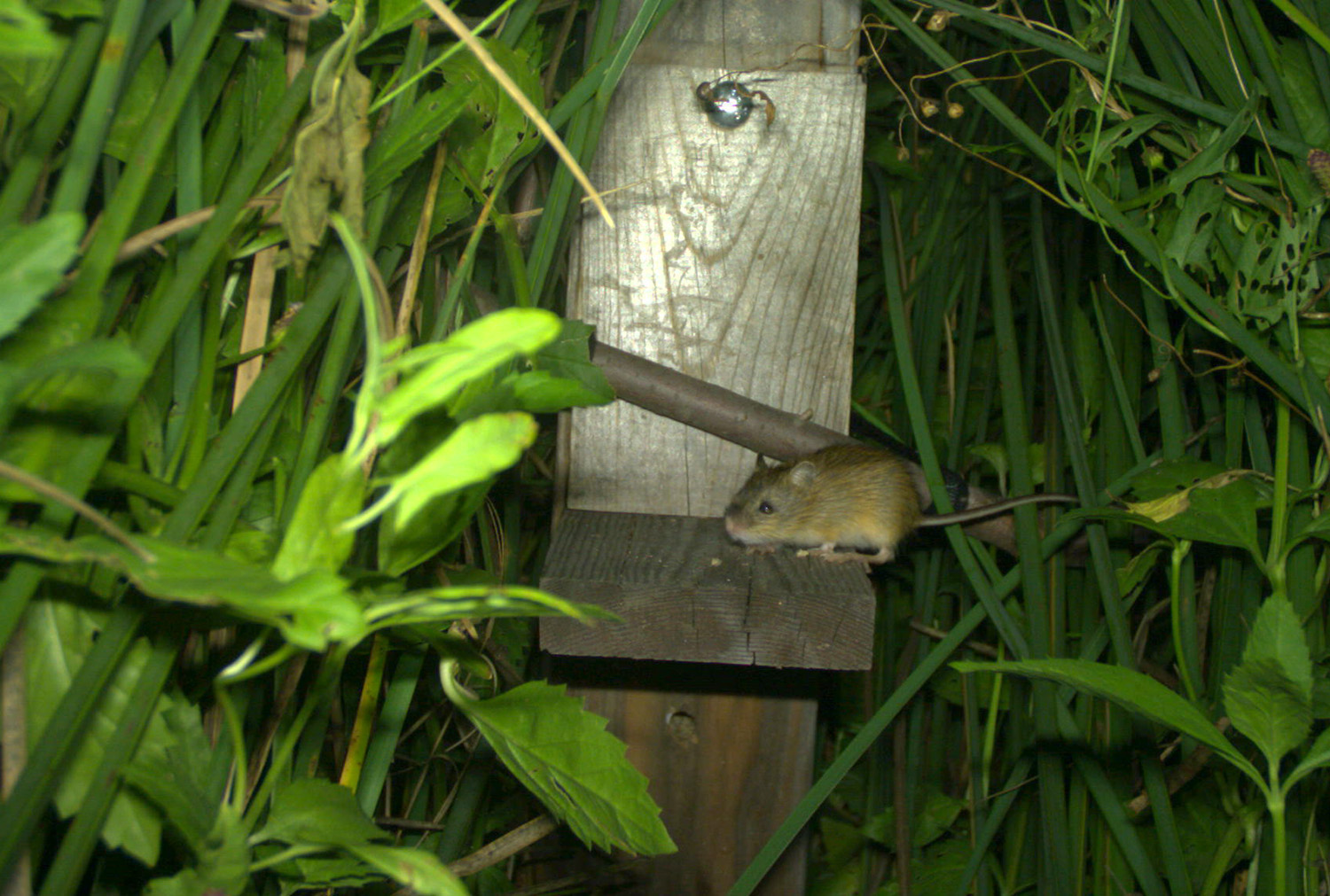 What’s all the fuss about a little mouse? Bryden A. Baker, refuge seasonal intern, fills us in on the tiny details

It’s not uncommon for people to be physically taken aback when I tell them I work to conserve mice, specifically the New Mexico meadow jumping mouse (Zapus hudsonius luteus). One can’t blame them; I hadn’t even heard of the jumping mouse until I saw the job posting that would bring me to Bosque del Apache Wildlife Refuge (refuge) months prior. “A mouse?” they say, “You can protect a mouse? Why?” Ah there it is, the eternal question, why would time, money, and effort be put into this little creature. By all accounts they are not as grand or well known as some of the other species that have benefitted from human protection. Whooping cranes, California condors, sea otters, and black footed ferrets are just some of the few animals that have been successfully shepherded back from the brink of extinction. With possibly only twenty individuals left in the Middle Rio Grande Valley (valley), the jumping mouse could use a shepherd. However, how does one protect an animal that most people in the world, let alone New Mexico, don’t know exists? They don’t offer themselves to be spectacularly displayed in wildlife photos, there is no tourism to see them, and I would be hard pressed to think that anyone has nostalgic memories of their childhood featuring the jumping mouse. It would make a person wonder why these little mice have warranted such effort.

To understand the fuss and muss about these rodents, I think it is only right that I tell a little about the mice themselves. They are by all accounts a little odd compared to what normally comes to mind when we think of a mouse. Considered a habitat specialist, they rely exclusively on riparian areas where herbaceous seed-bearing plants grow. This foraging habitat is composed of sedges, forbs, and grasses. Plants that are typically found in areas with extremely saturated soils next to waterways. Due to their habitat needs, the jumping mouse is a quite accomplished swimmer, often crossing waterways to reach desired food sources. Their swimming ability isn’t the only thing that makes this wonderful, little creature unique; they are also completely nocturnal. They often weave cup- like nests out of grasses and other vegetation as they rest during the day and forage at night. The jumping mouse also has one of the longest hibernation periods known for small mammals –  approximately seven months. With such little time to breed, raise young, and build up enough fat reserves to service the next hibernation, the mouse must have access to abundant food resources. Unlike many other rodents of similar size, the jumping mouse typically only has one litter a year, with few young. Thus, they are at a disadvantage for an endangered animal which is subject to an increasingly changing environment.

Like most small rodents, the jumping mouse is quite shy and secretive. Though there was a time when they were physically captured and individuals were known, the population has decreased so much that this invasive method is no longer used. Instead, trail cameras are stationed in areas with ideal herbaceous cover and seed abundance. I always found it humorous that most people kept their cameras and eyes trained at the sky when they come to the refuge, and yet I was always looking at ground level. Combing through the photos that the cameras had taken isn’t as tedious as one would expect. There are plenty of other little creatures that trigger the cameras response. Cotton rats, harvest mice, short-tailed weasels, javelina, common yellow throats, Virginia rails, and sora birds were all frequent visitors.

The jumping mouse is not particularly small like a harvest mouse, nor is it particularly large like a cotton rat, ranging somewhere in between. Their fur is shaggy, and has an orangish hue to it, thus earning them a piece of their scientific name “Zapus hudsonius luteus”, luteus being a Latin word for orange. Their back feet have incredibly long toes, almost finger like that they use for grasping grasses as they climb up to eat the seed heads. Their tail is astonishingly long, reaching twice their body length. In short, they look like a Looney Tunes mouse brought to life. A young cotton rat can look a lot like a jumping mouse, but after a moment of scrutiny, you would find them different. However, the flash of orange, the long feet and even longer tail, and the shortened snout peeking through the foliage caused me to pause. I found a catch in my breath as I looked at a photo and then perhaps a smile would come after I had found one. It’s a moment of relief, and excitement. When I can say “Yes, they are here”, seeing the hours, days, and weeks of work captured in a photo.

It is the mandate of the U.S Fish and Wildlife Service (USFWS) “to work with others to conserve, protect, and enhance fish, wildlife and plants and their habitats for the continuing benefit of the American people” (USFWS official website). This duty extends from the animals as large as a Bryde’s whale, to something as small as the jumping mouse. A protected species can act as an umbrella and help protect multiple species within its managed habitat. The wetland units managed for the jumping mouse provide food for waterbirds such as migrating sandhill cranes, nesting habitat for rails, and hunting grounds for meso-carnivores such as raccoons. By managing and maintaining areas for the jumping mouse, the refuge also nurtures a blossoming and more complete ecosystem.

Like many animals the jumping mouse is not immune to the pressures of a human-centric world. Although historically the jumping mouse occurred throughout the Middle Rio Grande Valley in New Mexico, currently the refuge is the largest protected tract of public land within the active floodplain of this region and, hosts the only known population of jumping mice within the valley. We surmise that changes in water availability (due to reduced flows from tributaries and the elimination of large-scale flooding events within the valley) has caused jumping mouse feeding habitat to decline, resulting in the mouse’s now limited range. This not only captures a concern for the jumping mouse but also for the valley, and shines light on an issue that no one can escape: water scarcity. Increasing use of the water resources in the valley have not only jeopardized the jumping mouse but human livelihood as well. Ranchers and farmers who have called this valley home for generations are struggling to eke out a living. Riverbeds are running dry, and water wells are becoming more strained.

If someone were to ask me what a jumping mouse meant to me a year ago, I would not have had an answer for them. Beyond their funny feet and long tails, they appear to be only a mouse. However, I now realize that the effort put into these little rodents represents our collective ability to adapt to a changing world. Our ability to manage our landscape, approach new challenges, and cautiously use our resources, all align with how we approach the conservation of this endangered species. After all, we are a very small world, and the fate of the jumping mouse rests on our shoulders as much as our own fate. If we are not the stewards of the landscape now, then we will not be the stewards of the landscape of the future.

About the Author: Susan Preston